Upper St. Anthony Falls Lock and Dam was completed in 1963 by the Army Corps of Engineers in order to allow navigation upstream of St. Anthony Falls in Minneapolis, Minnesota. Until the lock was closed to navigation in 2015 it had the highest vertical lift of any lock on the Mississippi River. Operability of the lock’s upper miter gates and tainter gate continue to be critical in times when the Army Corps of Engineers is required to pass flood flows through the 56 foot wide and 400 foot long lock chamber.

This project required many different features of work to replace the lock’s aging equipment and ensure reliable operation when passing of flood flows is required. Work included blasting and painting of the upper miter gates and the tainter gate. A new sluice gate and operator was installed in each upper miter gate. The existing hydraulic system that raises and lowers the tainter gate was replaced with a current generation electric motor driven gearbox, drum, and wire rope hoist system on each side of the gate. The function of each hoist is controlled through the use of a process logic controller and variable frequency drives which communicate via fiber optic and Ethernet to ensure the tainter gate is raised and lowered without skew. The hoists can be remote operated in sync using the new operator interface terminal.

Each hoist is protected from the elements by a new CMU block and brick veneer machinery building. The buildings were designed to match the existing structures as closely as possible due to the historic status of the lock and surrounding area. The project schedule and long lead time for the hoist machinery required the buildings to be constructed before the machinery was available. When the equipment arrived on site the project team removed the roof from each building to allow the equipment to be installed. A 550 ton capacity crane with a luffing jib was required to set the drum assembly and gearbox assembly on the land side and the river side of the lock. Each assembly weighs nearly 28,000 pounds. 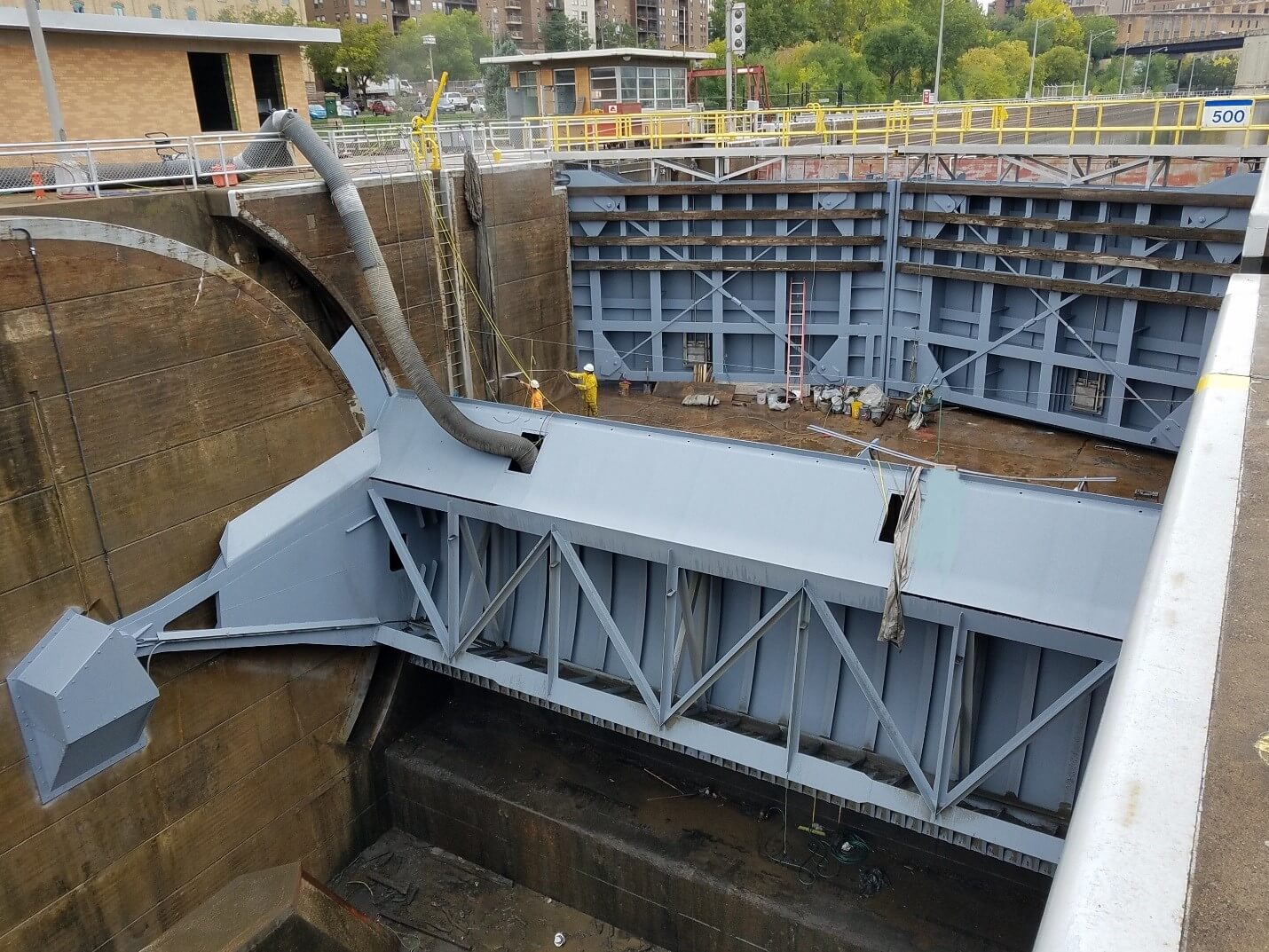 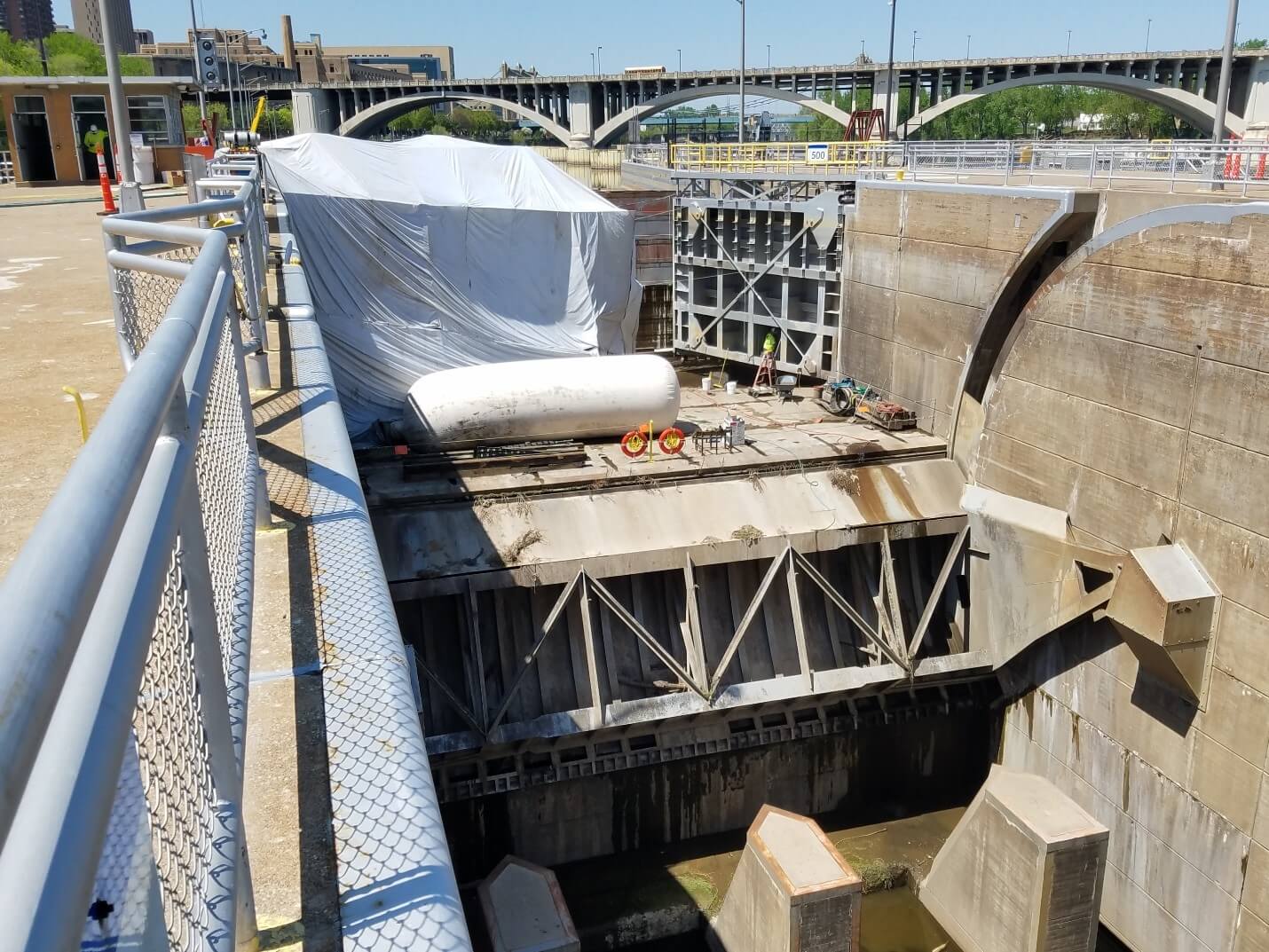 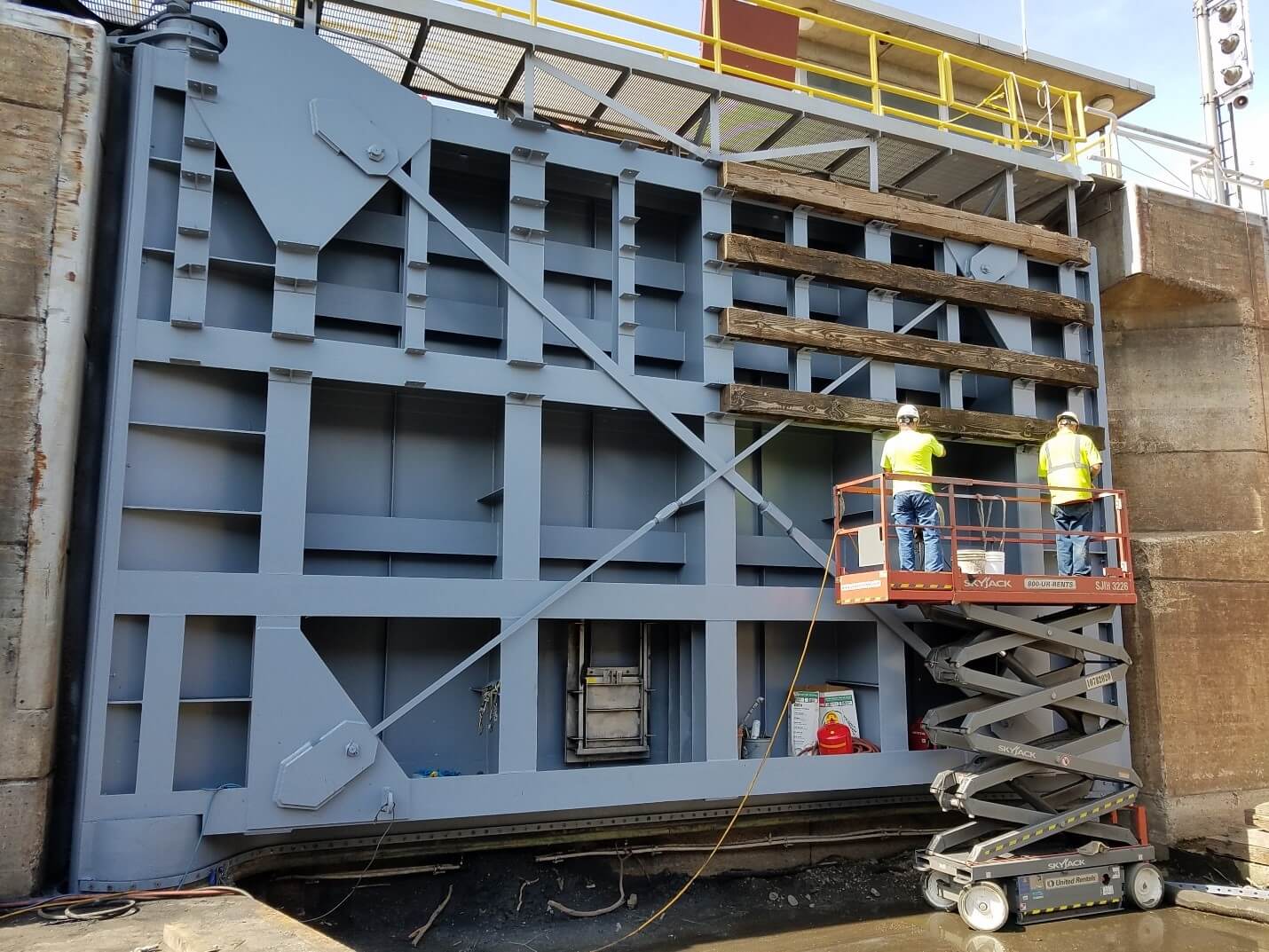 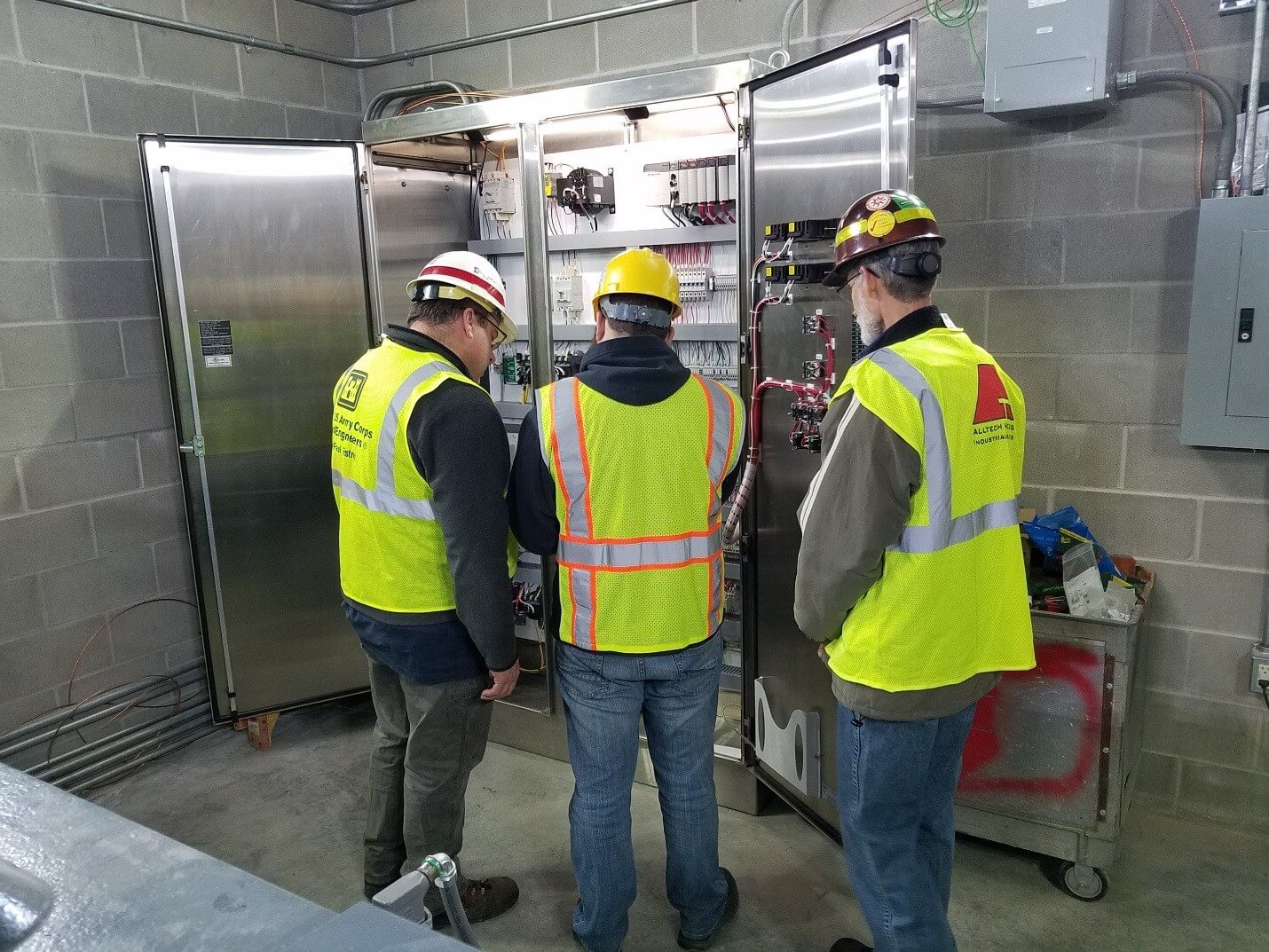 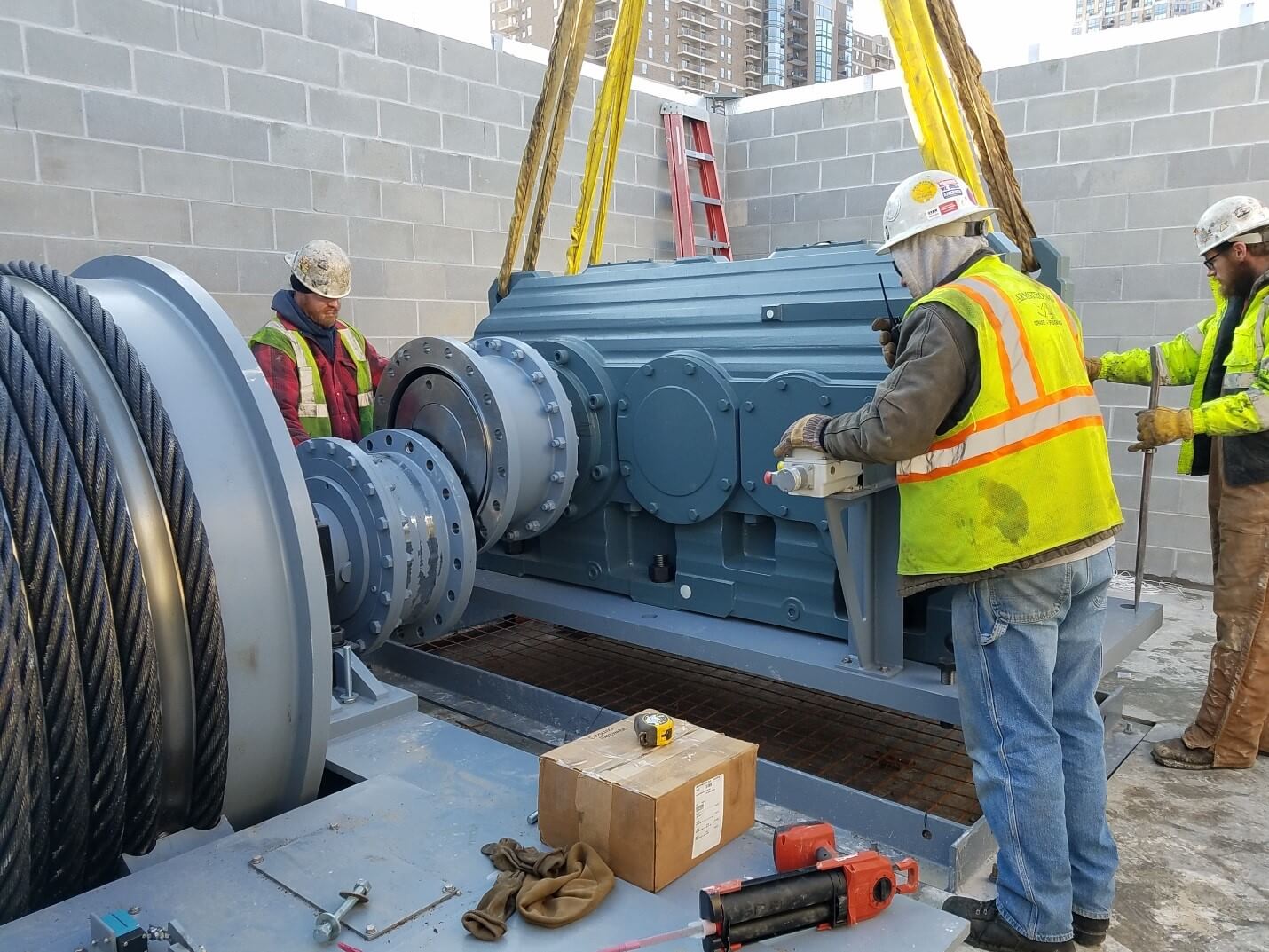 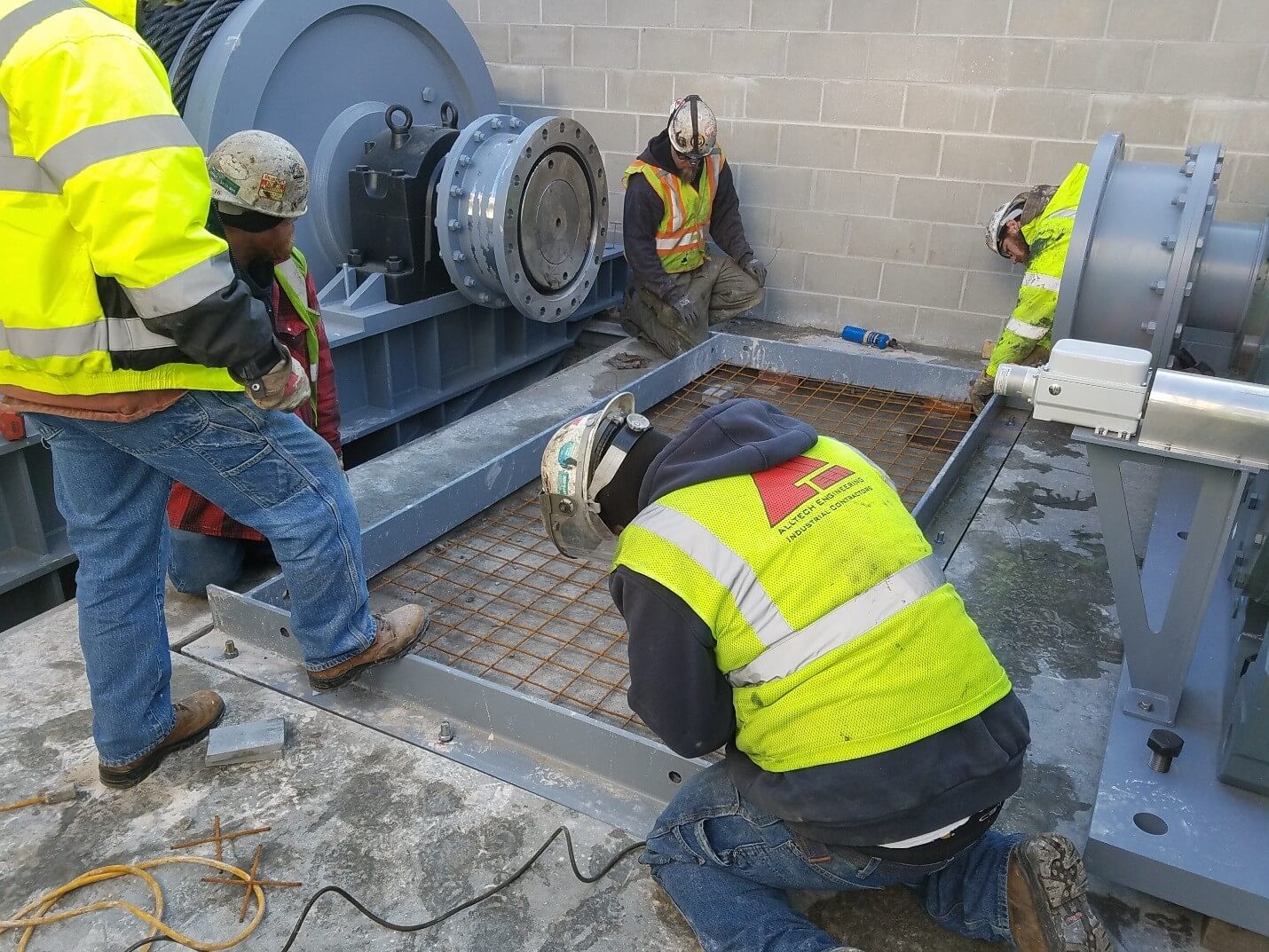 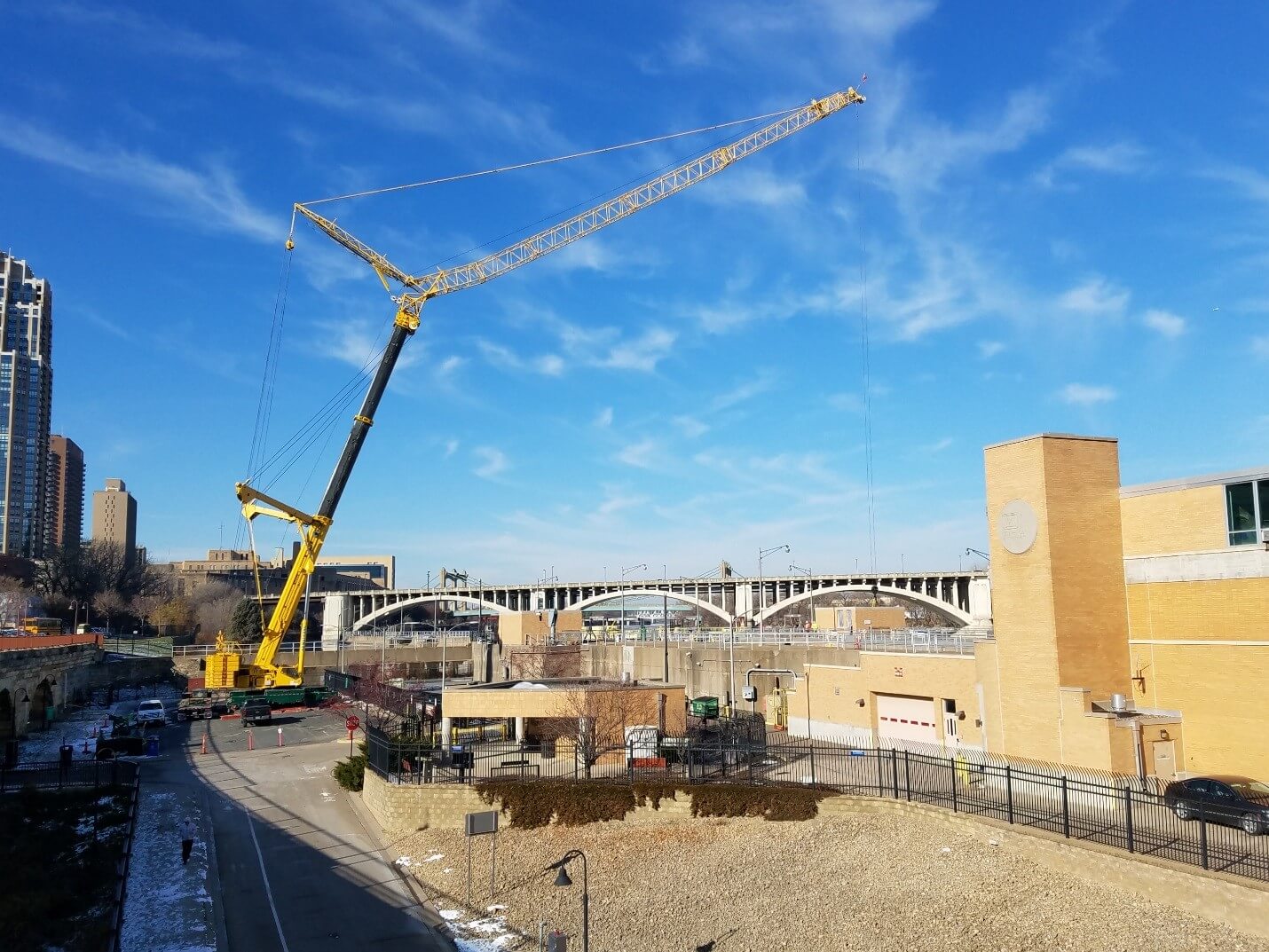 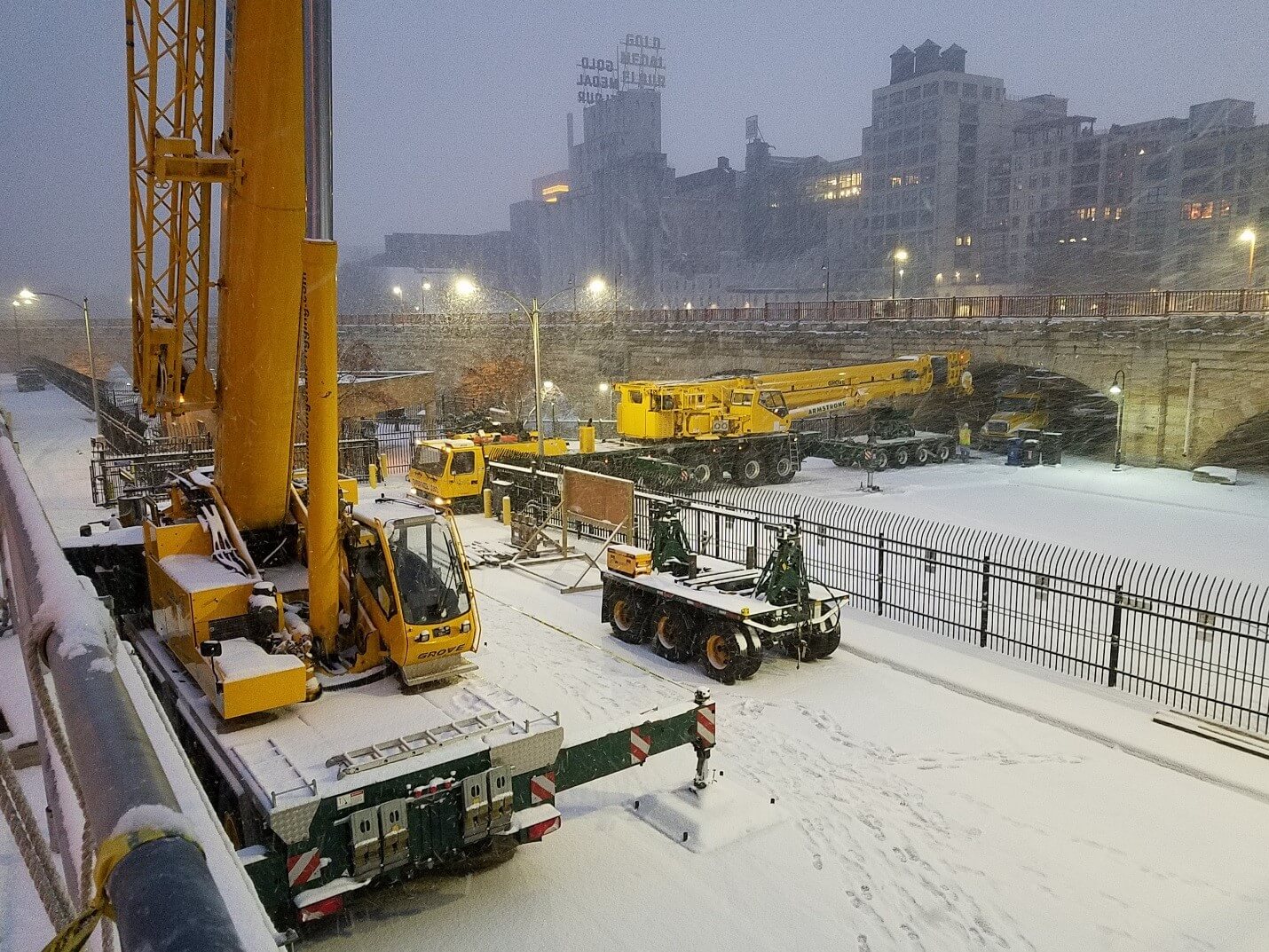 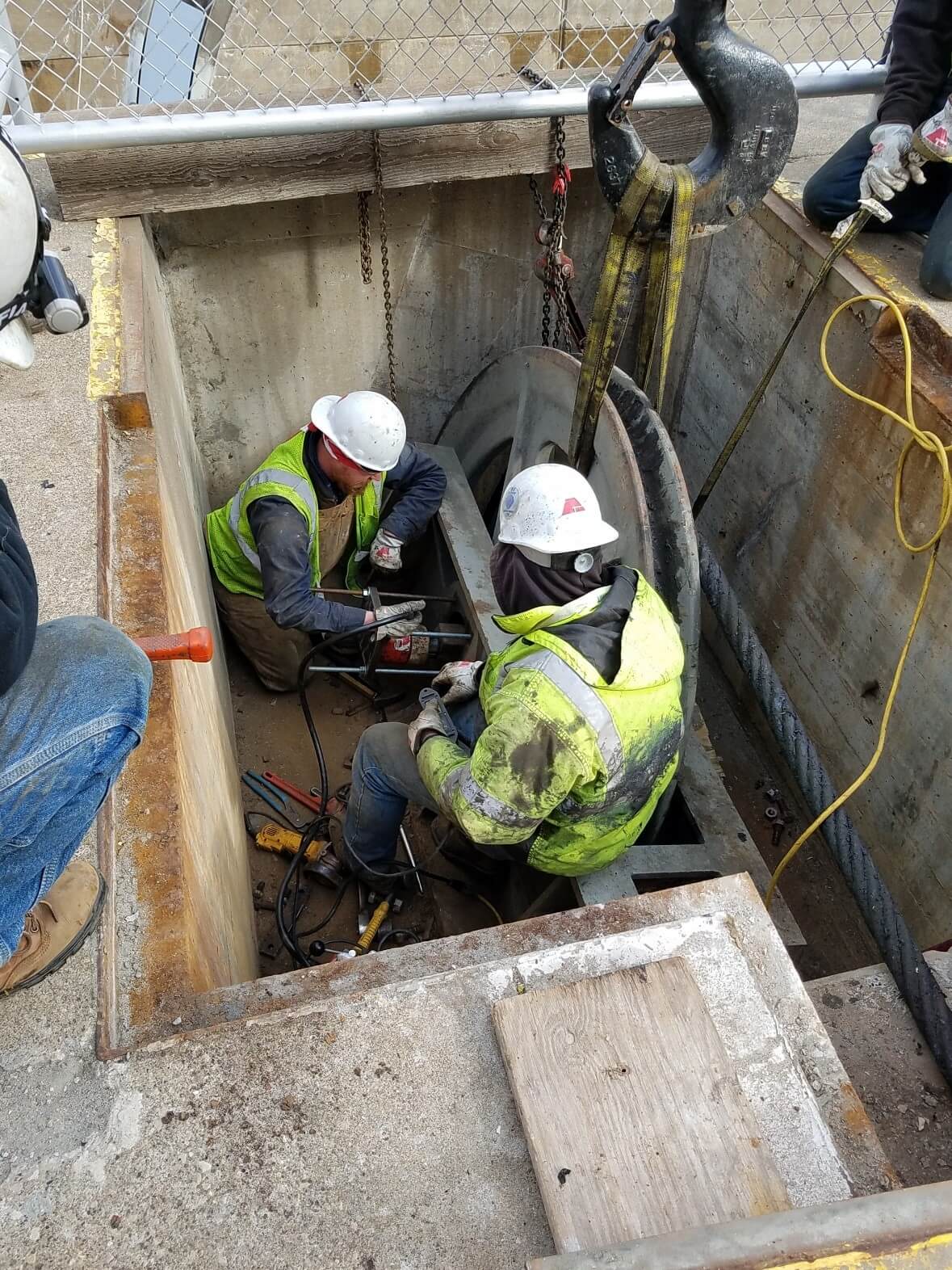 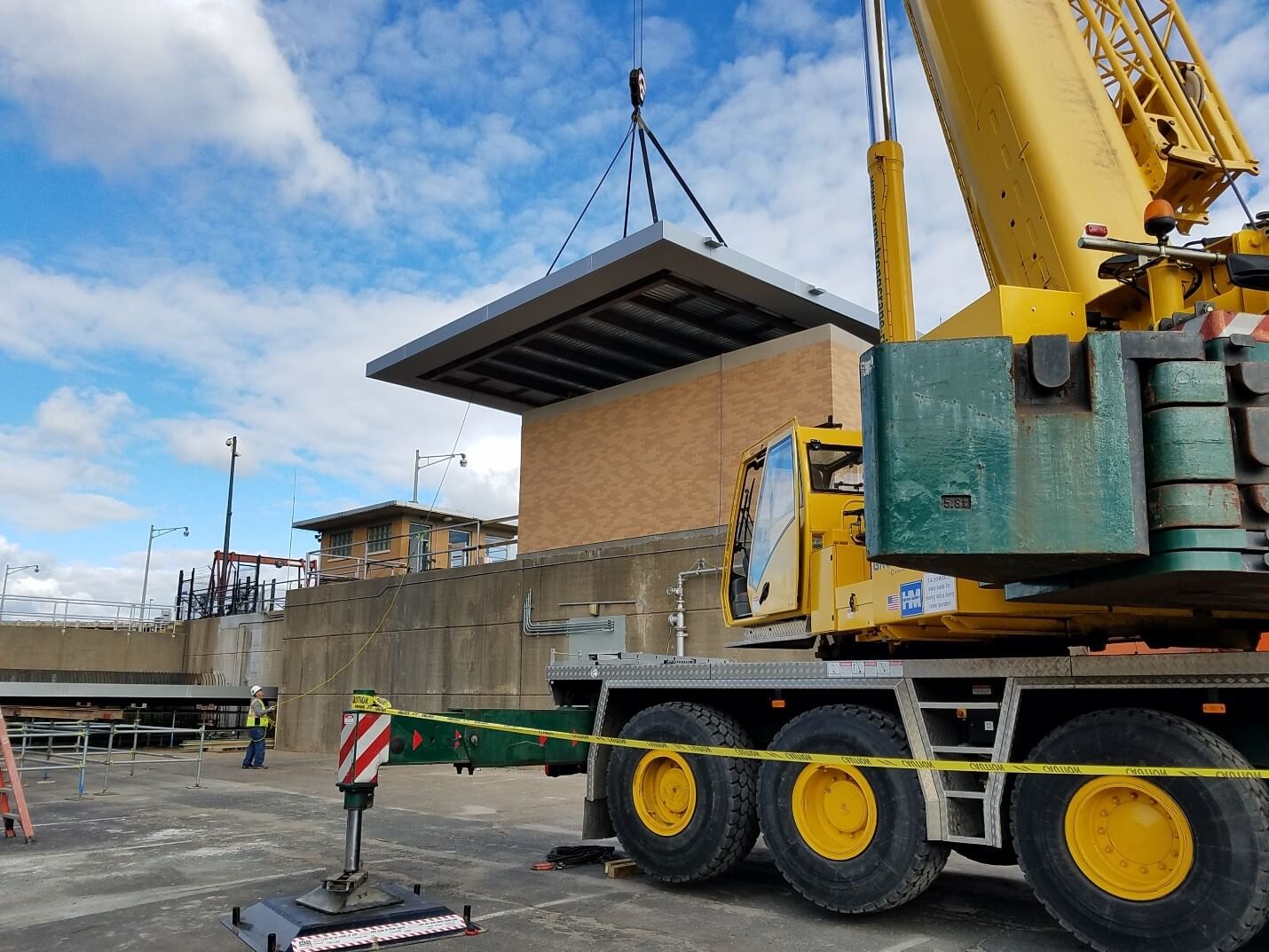 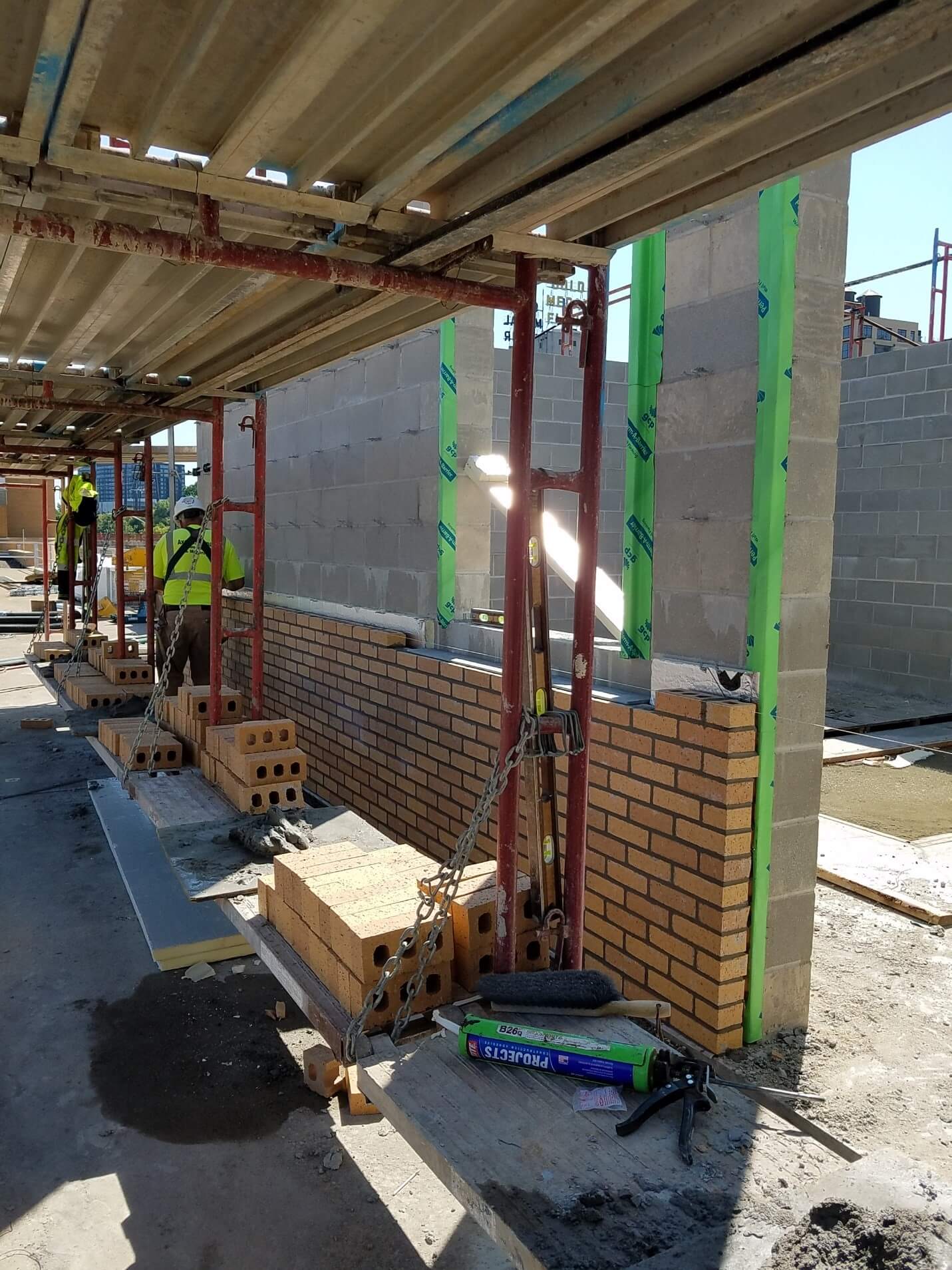 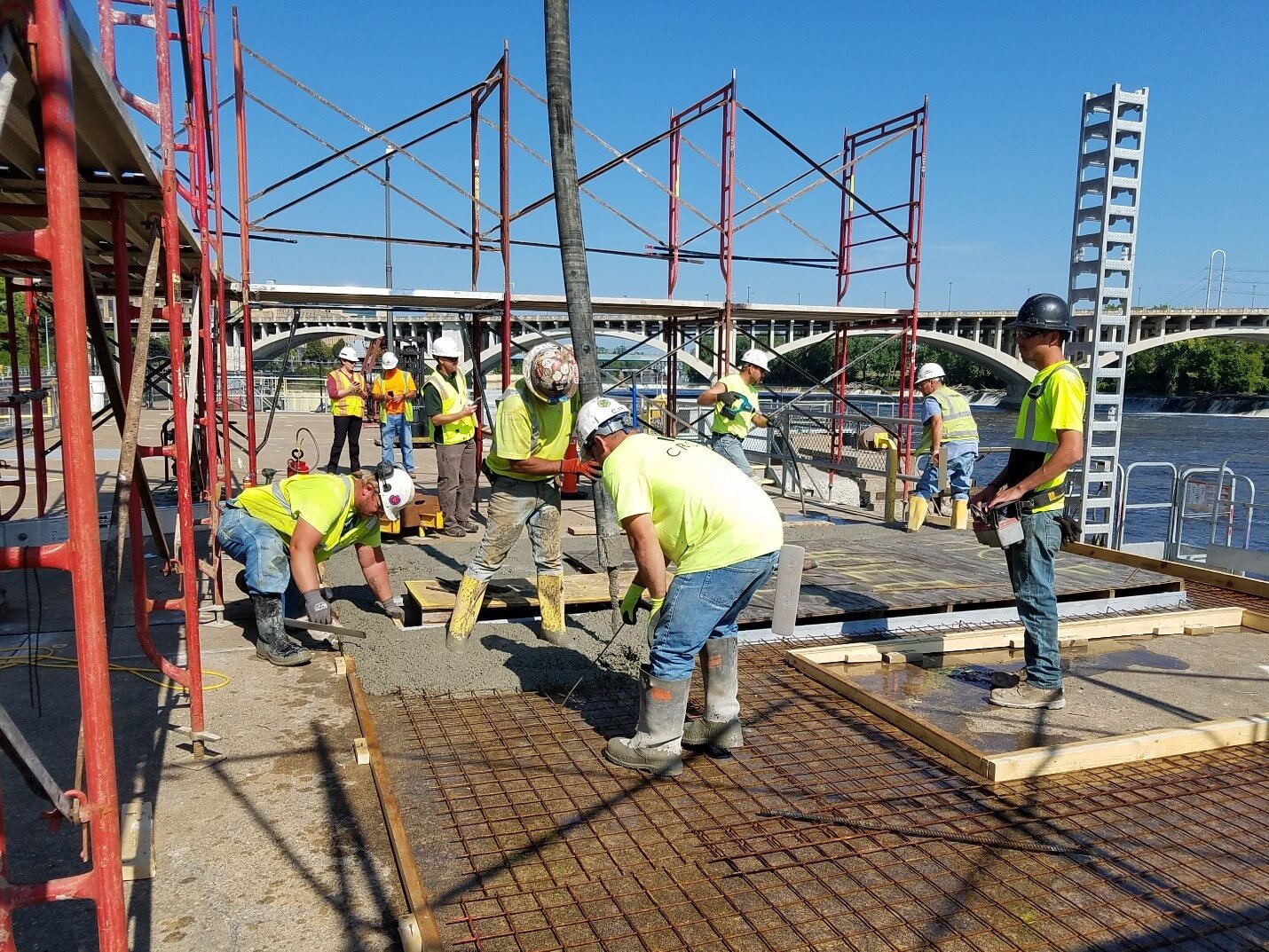